In the 60s, when the industry moved to the periphery, the heart of the city slowly emptied and Bordeaux took the nickname of the « Sleeping Beauty ». Then,  in 1997 the removal of gates that separated the town center and the quays of the harbour signed the beginning of the revival of the city.
A lively historic city at only one hour of  Domaine du Meunier. You have to discover it !

Called Burdigala in ancient times, the city succeeded Saintes as the capital of Aquitaine in 70 AC. In the 12th century, an important wine trade took place with England and it is in the 18th century that the city knew a golden age by becoming the first port of the kingdom, and the second port in the world after London.
In 2007, the historic city center was declared a UNESCO World Heritage Site for its remarkable stylistic homogeneity.

Download here  a map with a circuit of Unesco monuments. For additional information, we advise you to go to the Bordeaux Tourist Office or choose a mobile applications.

Monuments not to be missed

La Place des quinconces (1)
Situated along the river, it is the largest square in Europe : 12 hectares. The word « quinconces » refers to the way trees are planted, in staggered rows on each side of an esplanade.  On  one side, the famous monument to the Girondins (revolutionaries, not the football players this time!). This is one of the most popular places in the city that also hosts all year fairs, circuses and major sporting or artistic gatherings.

The Opera House (3)
Its construction was carried out by the parisian architect Victor in 1780. It’s a real « temple of art » of neoclassical inspiration, with an exceptional acoustics due to the wooden frame that surrounds it.

La Place de la Bourse (15)
It is the symbol of Bordeaux for centuries. This place has contributed to the development of the city and also to its reputation. Built in the 18th century, it took 20 years of work to achieve this emblematic place of Bordeaux!

Between the course of Stewardship and Peyronnet street a place called the Old Bordeaux. In fact, it is a area that combines several districts including Saint Michel, a very special entity.
Near the majestic basilica of Saint Michel, a district with a lot of culture. In a diverse and colorful atmosphere, the Saint Michel district is known for its flea markets on Tuesday, Thursday, Friday, and Sunday morning. But in Saint Michel, there is also Le Passage: a former banana ripening hall, invested by a group of antique dealers and artists, at the foot of the basilica. This is THE temple for those who like flea market.
To discover the soul of the district, take a place at the Passage brewery to have a glass or eat.

The docks with all the family

Lawns, parks and gardens along the Garonne, the docks are a relaxing place to walk, but also for shopping and exploring.

In front of Place de la Bourse,  you will find the Water Mirror: 2 cm of water on a huge granite slab. It is a magical scene for children, but also for a refreshing stroll in hot weather, feet in the water. It is the most photographed place in Bordeaux!

Still family, on the left bank quays,  Cap Sciences hosts a major exhibition per year (in 2016: Mummies never lie …), and offers fun activities. Inside the Hangar 20 is the appointment of all curious! There is activities for all ages. For the young: the Square of 3-6 years, the Arthur Workshop (6-14 years) and Cap Sciences Juniors (8-14 years), offering workshops of picture, écocitoyen, molecular cuisine, surveys …
Do not leave this place without going to the Café des Sciences, the suspended terrace offers the best views on the Port de la Lune.

Inaugurated in June 2016, the Wine Town is an exhibition space entirely dedicated to wine around the world, the times and in all cultures and civilizations.
For fans, this is undoubtedly an absolute must.

Click on the image to discover the place in video: 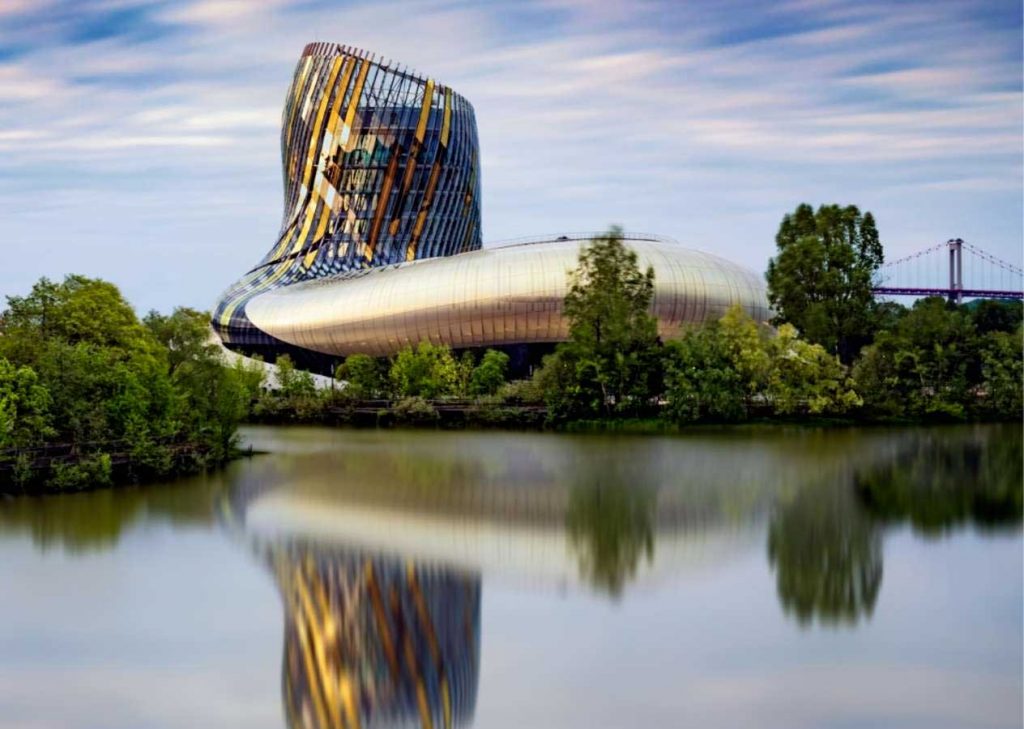 Certainly  our favorite heart stroke, the district of la Bastide on the right bank former military barracks have been taken over by an écocréatif group to implanted Darwin Ecosystème.

This original and very arty place is intended to be both collaborative (this is the first coworking in France) and involved in the energy transition. According to Jean Marc Gancille, co-founder with Philippe Barre, the people who work here emits up to 6 times less Co² than a tertiary  employee.

Check out this concept by clicking on the image:

You absolutely have to go to see this amazing place!

This is one of the five bases built by the Germans on the Atlantic coast to house submarine fleets U-Boote during World War II. It’s a timeless place organized into eleven concrete cells linked by an internal street, an underground place converted into a unique cultural space. Throughout the year, the submarine base houses temporary exhibitions, concerts, shows, dance … 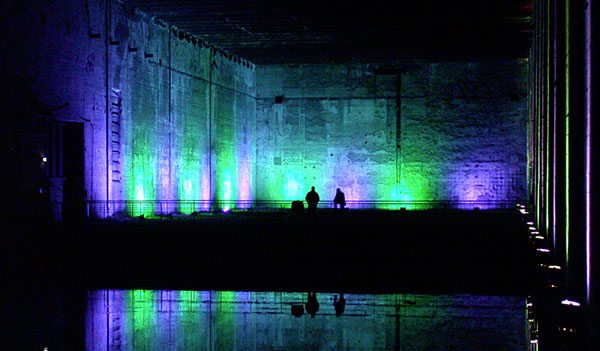 Finally here is our small selection of restaurants :

Partager la publication "The awaking of the Sleeping Beauty : Bordeaux"